Junior B County Championship First Round

At a windy Watergrasshill pitch, Crosshaven for the  first time in a few years were back in the B County Championship and came away with a great win. In the first half Crosshaven played with the aid of a strong wind and took advantage from the start with some great football been played right through the team and lead at half time 1-5 to 4 points.

Araglen came storming back at Crosshaven in the second half with 3 points in quick succession after the break. But our lads stood tall  with some outstanding defending and great discipline.

With 5 minutes to go, and being 1 point down, Redvers cut open the Araglen defence with a diagonal run, laid the ball off to Stephen Kiely, who was dragged down in the box, and was awarded a penalty. Cian Kingston stepped up and buried the ball to the back of the net another to put Crosshaven 2 points ahead going into the final minutes. Araglen got one point back but our lads held out to win 2-5 to 10 points.

This is a great start to the Junior B season, with a good number of players missing, it really showed what a squad is about and with everyone available this team can have a great year again. 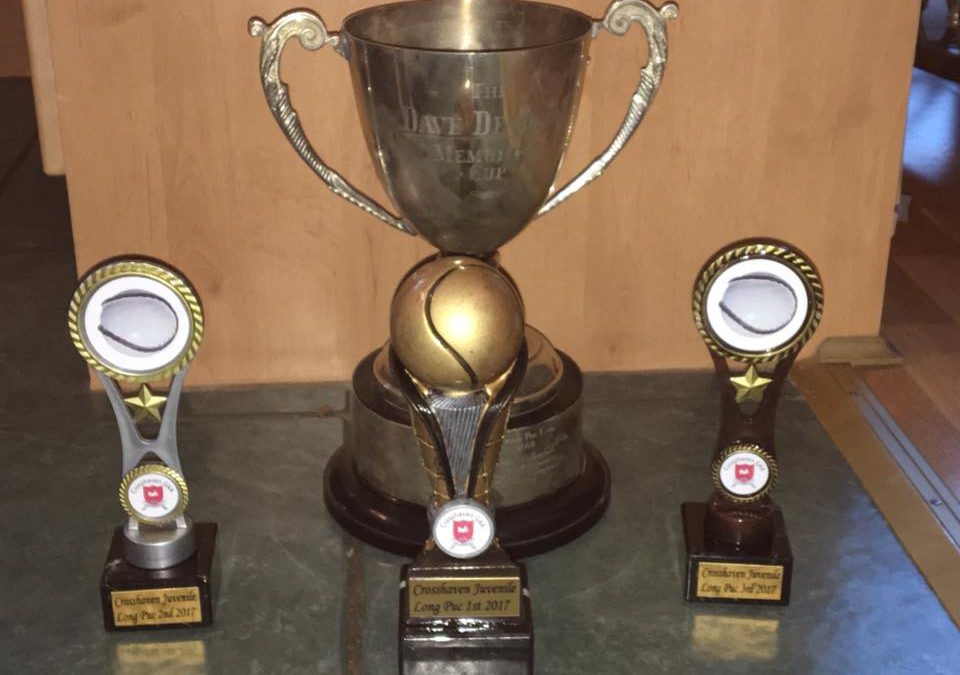 Once again we had a very successful & enjoyable juvenile long puck , we had a great day with nearly 50 boys taking part in what's Now an annual event in its 4th year running , big thanks to all the markers , safety stewards , the Desmond family, Lynch's...

END_OF_DOCUMENT_TOKEN_TO_BE_REPLACED

How to find us